Countries With The Highest Rates Of Vegetarianism

With nearly 38% of the population being vegetarian, India ranks top in the list of countries by vegetarianism rates. 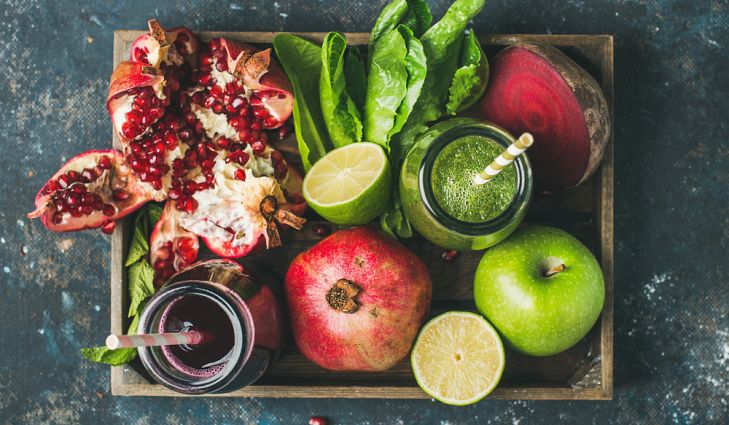 Vegetarianism is the practice of eating food obtained from plants and abstaining from meat products. It can sometimes include abstaining from most or all of animal products such as dairy, honey, and eggs, although this is most often categorized as veganism. People are drawn to vegetarianism for a multitude of reasons, some of which include religion, ethical motivation, health, environmental conservation, economic factors, dislike of meat, and culture. Below are the countries with the highest rate of reported vegetarianism around the world.

The number of vegetarians and vegans in Turkey  has been steadily increasing for the last 10 years,Especially by the campaign of HAYTAP like meatless monday broadcasts  and  banners , short movies made continuouly in social media accounts. Many vegetarian and vegan menus are added in restaurants. There were almost none before 2000. Pescatarianism is also has a rapid movement in the country for the last decade. ( eg : https://www.facebook.com/pg/HAYTAP/photos/?tab=album&album_id=1859624717396789  or articles or books like https://www.haytap.org/tr/-confiscate-  ) Main reason to resist against vegatarinanism is arises out of religion and geographical close up relations with middle east culture.

The number of vegetarians in Australia has been steadily increasing, and currently sits at 5.5% of the total population. “Vegetarian Week” is held from 1-7 October on an annual basis. Food businesses have adapted to the trend by offering vegan versions of popular dishes.

Ireland has 5% of the population adhering to vegetarianism. Irish culture has long embraced the consumption of meat, but vegetarianism is growing in the nation, as well as veganism. The vegan society of Ireland is a voluntary and not for profit organization that was established in 2009 by group of vegans to promote vegan philosophy that promotes the awareness of veganism as a lifestyle choice, environmental friendly option, just and a healthy way of living.

The only South American nation on the list is Brazil with a rate of 8% vegetarians. Several metropolises in the country are home to numerous vegan establishments including Rio de Janeiro, Sao Paulo, and Curitiba. Vegetarianism in Brazil is associated with counterculture movements, Eastern religions and philosophies, anarchism, punks, Spiritism, indie youth subcultures, and New Ageism. The majority of vegetarians in the country is middle or upper-class urban dwellers who inhabit the Central-Southern half of Brazil.

The UK has seen an increasing number of vegetarians in recent years, and it is now estimated that about 9% of the country’s population is vegetarian. Many citizens started adopting the vegetarian lifestyle starting after the WWII. Presently, there are twice as many vegetarian women as men and the country now have the third highest rates of vegetarianism in Europe. Flexiterianism is also becoming a trend in the country, which refers to those who still consume meat but have made a conscious effort to do so less.

Germany's population is 9% vegetarian. Most Germans who switch to a plant-based diet cite environmental protection, animal rights, and perceived health benefits as motivation. Cities such as Berlin in Germany have experienced an increase in number of vegetarian and vegan establishments due to the increase in consumer demand.

Austria has a 9% vegetarianism rate. Vegetarianism has seen a steady increase in popularity as a lifestyle choice in Austria and there are vegetarian outlets across Vienna in particular. There is also the Austrian Vegan Society which was founded in 1999 and the Austrian vegan market has been growing steadily over the years.

Italy has one of the highest rates of vegetarianism in Europe at 10% of the whole population. Vegetarians in Italy cite different reasons for following the diet including ethical sensitivity towards animals, health consciousness, and environmental protection. The number of vegetarians in Italy has been increasing in recent years. In 2016, the city of Turin proposed a meat-reduction agenda targeted towards vegetarianism. The move was championed by the Mayor, Chiara Appendino, but was met with resistance from the inhabitants. The plan to promote vegetarianism is intended to educate people on animal rights, environmental health, and human health.

13% of Taiwan’s population observe a vegetarian diet and over 6,000 establishments which cater to vegetarians are operational in the nation. Hokkien, Hakka, and Buddhism vegetarian practices have helped to cultivate a plant-based culture in the nation. In 2007, Taiwan joined India and Sundarapore in instituting a meat ban. Taiwan has strict food labeling laws as they pertain to vegetarian food. The country is home to a famous movement dubbed "one day vegetarian every week" that has benefited from local and national government support.

In Israel 13% of the population are vegetarians. Vegetarianism in the country is credited to Judaism which restricts the consumption of animals. Vegetarianism in Israel is gradually becoming a lifestyle choice even for those who identify as non-religious. The country is home to hundreds of restaurants offering vegan meals. In 2014, Tel Aviv hosted the biggest vegan festival in the world where 15,000 people attended. The city is continuously ranked as a favorite destination for vegan travelers.

India is ranked top in the world with 38% of the total population being vegetarians. Vegetarianism in the region became popular after the introduction of Buddhism and Jainism which was around 6th Century BC. Both of the religions have the concept of ahimsa which emphasizes on respect and non-violence to all forms of life. Vegetarianism in the country is associated with Lacto-vegetarianism, where people eat dairy products but not eggs. India has one of the lowest rates of meat consumption in the world. However, the consumption of meat is common in coastal states such as West Bengal and Kerala. Vegetarianism is prevalent in communities such as Jain Community, Lingayat, Brahmins, and Vaishnav Community.