(*)How Long Torturing Animals Will Continue To Be Aceepted Merely As a Misdemeanaur Instead Of Crime? 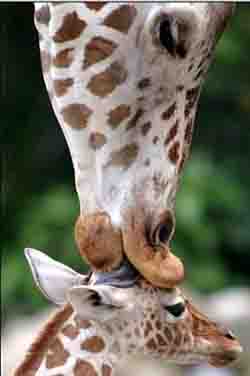 The justification of the Law of Misdemeanor  defines what we call faults as administrative crimes and that definition is used in several legal codes as well. Accordingly; crimes are classified either as legal or administrative in our legal system. Yet, in Turkey any kind of misbehavior towards animals is somehow taken as an administrative crime (Misdemeanor) over a long period of time.

However; the politics of crime has been influential in determining whether an action is a crime or a Misdemeanor. It is vital to keep in mind that while making such a differentiation the underlying factor is the existence of injustice in the relevant action. (1) That means since torturing animals or treating them cruelly is not perceived as unjust by the society; such actions are therefore taken as Misdemeanor in our country.

The Roman General Cornelius, who overthrew Hannibal, had kept on saying at the end of all his speeches that Kartaca would be demolished…

In any occasion we emphasize the fact that Animal Protection Law no 5199, which almost encourages and praises those who torture and treat animals cruelly in a similar way to that of the Roman General, should be amended. Both via the Bar Commission and media we have continually been bringing the issue to the attention of the TBMM (the Legislative Body) and the Ministry of Justice.

As long as no amendment is made to the current Law (despite several efforts and requirements of the EU) we cannot realize much to the benefit of our beloved ones, our friends. Simply, we will continue to carry the shame on us! Unfortunately; the torture on animals will continue to be a source of living for those who benefit from the status quo.

For that reason, we highlight the fact that when animals face torture or misconduct the current application of Law no 5199  (2) does  not help much. When applied, the highest penalty is usually an administrative fine at an amount of between YTL 250 and YTL 1,000 which is recorded as an income into the accounts of the State. Since in majority, the guilty person cannot be identified, the person who does such “minor offences” is almost never charged or even if found guilty that creates a system in which the state makes money when animals suffer or die. It is so evident that the current system is tragic-comic itself while the existence of relevant authorities who refuse to take responsibility and action prevails.

How can you pay back the value of innocent lives lost?

Notice that from the beginning I have been calling such unjust actions as Misdemeanor but not as crimes this is because burning, raping and poisoning animals or throwing stones at them and even hanging or making them starve are not perceived as a crime. The general inclination is to evaluate the relevant legislation not in the context of penal codes but from the perspective of Law of Misdemeanor. In case of such offences, it is not the public prosecutors, judges or courts that decide but the administrative authorities in the Provincial Directorates of Environment who charge such actions via official receipts. Even if a public prosecutor is willing to file a suit, he or she cannot do so and ends in dismissal of proceedings. In other words, the current system does not close the eyes of Law and is unable to create a just system as it should but ties its hands firmly and makes it ineffective instead.

A person who kills an animal violently, hangs and rapes an animal or digs an animal’s eyes or even pours acid into them is subject to the same administrative procedures as those people who are fined because they smoke in prohibited areas, beg or listen to music so loudly. Unfortunately, justice is maintained in such an unfair manner.The existence of such an application within Turkish Legal System cannot be accepted. Can such a legal perspective be tolerated in Turkey of the 21st century?

In Europe the courts give urgent decisions of arrest and severe charges of imprisonment to those who for instance have cut an animal’s tail, throw animals down from balconies or torture them. This is because a person, who has committed such violent acts on a vulnerable animal which has to surrender to human beings and to the system created by humans, can do the same to another person in the future. There is a belief that such a person is a threat to the society and should immediately be cured, i.e.- that person has committed a crime in the society. The foundation of International Animal Rights Court in Switzerland is a good example (3). Torturing animals is not merely a minor offence and cannot simply be handled by administrative charges thus is taken as a significant issue. Above all; since such an act is not a simple offence, it is taken into judicial records. In other words, a person of such misbehaviors and crimes has to deal with the consequences of his or her acts for the rest of his or her life.

Another major deficiency of the relevant legislation is the fact that public prosecutors cannot file suits by their own initiatives in case of such offences (in fact crimes). This is related to the current application in which the offences are taken as crimes upon complaints made by the owners of the animals- a perspective which deems animals commodity, anyway.(4)

It is therefore vital that an alternative legislation should let the prosecutors act on their own whether there is a complaint or not. Sua sponte files should be made possible and even remittal of complaints should be avoided. However, the perception of such actions as an administrative crime in Turkish Legal System leads public prosecutors and judges to remain unauthorized and ineffective regarding the matter. The current authority belongs to the Provincial Directorates of Environment which has the authority only to fine persons.

For the last two years we have submitted alternative bill law to Ankara( the Legislative House) many times however, they seem to think that the number of cases of violence concerning animals so far is not sufficient enough to make them take action!!!

People throwing stones to a bear that has shown up merely to drink water? People who dig a donkey’s eyes by a screwdriver just because the poor animal has been angry with its owner? People who cut a dog’s leg and even burn the puppies in front of the mother? People who pour acid into the eyes of kittens because they are messing around? The municipalities who do not hesitate to use their authorities or the firms they have outsourced?

I, personally, do not want to take the same buses or other public facilities with those who have committed such violent acts. I do not want to attend same schools, work in same jobs or spend my vacations with those people either. I refuse the funds from the fines with which such people are charged, too.

I am demanding a bright future for my country and healthy generations.

For this reason, I want to warn again all people who work for the welfare of animals… All of us instead of giving priority to our own associations should come together to make all governments, ministries, the relevant authorities that are not willing to take responsibilities or the interested parties that have insufficient information, see that torturing animals should not be in the same category with administrative crimes such as smoking in closed areas.  Forming pressure groups, facilitating training, preparing brochures and meetings on the issue in a systematic manner will be instrumental. Whatever they say or despite any prejudices; we should continue to go to Ankara to lobby for the matter until we make the ones who torture animals be brought to the legal courts instead of their being fined solely by provincial directorates of environment.

That is our main responsibility to our beloved friends!! In fact what should be done (although no one can dare to speak it out) is to establish Specialized Courts of Environment formed by the relevant experts in the area of law. Such a court would protect our beloved ones, the environment and the nature in general via its effective and quick hearing of the cases which would result in severe punishments, as well.

This law has to be definitely changed and that amendment should be made immediately.

Torturing animals should not be included within the realm of Misdemeanor and it should no more be a part of administrative crimes.

We as young law-men shall make this happen and will not give up. We will transform these ideals to the future generations. The ignorance of the previous generations over the issue which is an offence itself, will be overcome by us on behalf of our beloved animals.

We will overthrow Karthaca which is said to be invulnerable forever.

Chief Public Prosecutor of the Court of Appeals-The Law of Misdemeanor ”The first legislation regarding protection of animals dates back to 1641 when the Colony of Massachusetts in America issued a relevant code. “No one can cruelly treat an animal which in general serves the welfare of people.”The first association for the protection of animals was established in England in 1824. That association called “The Association for the Prevention of Mistreatment of Animals,” received the title “Royal” in 1840.International Animal Rights Court is located in the district of Clarens in Switzerland and was founded by a well-known environment and animal rights activist, Franz Weber. That court holds its meetings in the building of the United Nations where The Commission for the Human Rights convene, as well.

For the details of the issue please refer to my article “Our Legal System’s Unsettled Decision: To Regard An Animal As A Commodity Or A Living Thing”.

For the turkish version of this text please click the below link :

For the dutch version of this article please click here