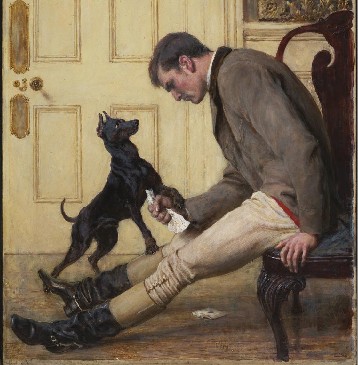 I wanted to rewrite this text because of an always asked question.

If you are aware, we've long been struggling to form a national organization throughout Turkey. Unfortunately, local activities are not sufficient. Our name could still not go beyond the level of animal-lover.

From time to time, I think that we tell and listen on our own.

I bet most people agree with this.

We usually get bad news each week. Authorities don't consider our applications for diplomatic or absurd reasons.

Yet, we always emphasize that the thing we should do immediately is a serious organization and institutionalization.

We don't have a meaningless ideal such as "let everybody unite under one roof". We all know each other.

However, if we manage to be under an effective and organized national voice, though we may still not be able to prevent the cruelty toward animals, we will slow them down and reach a result.

Let's be realistic! Most citizens are unaware of our yahoo groups, HAYTAP or other miscellaneous names, the dogs dumped into the forests, the real convicts of scabies, the animals kicked out of the houses, shelter savages, experimental animals, laws, or the activities we do. We are still known as animal-lover associations that shout a lot but do nothing.

The only easy way to defeat our bad fortune that we've been struggling to change for years is to be able to explain the right case with the right people to average citizens and the state mechanism. We are organizing panels, attending fairs, involving academicians from various disciplines in the matter, trying to create public opinion by delivering brochures and booklets, appear on media with a different point of view, and cooperate by establishing commissions and clubs within different NGOs.

Be sure that we are not defending the wrong, but we are not able to express it to the ignorant authorities. Our marketing is unfortunately insufficient and weak. Especially in an atmosphere like Turkey where the agenda is changing all the time…We are unable to explain our product (ideal). Thus, I believe that increase in number and being organized is the only way to get over these problems.

Of course, many people and associations settled down in early days and do not want this strong organization - so that their orders can continue and they can remain the first and the truest…we know that…but sometimes our actual goal is forgotten: is it simply running an association or helping animals?

These people do not want anybody to put a spanner in their works, but whenever the hell raises between them they certainly include our e-mail addresses in the cc parts…even the group addresses…which means they want to be neither with nor without us.

For instance, even some people want HAYTAP to remain as a cyber communication group…in other words "I don't like this organization of HAYTAP and the volunteers working there, but what can I do? A vast number of people follow the group's e-mails. Let it die in its cyber form as it was born cyber, too.

So be it, I'd understand.

Appearing on the relevant pages of popular newspapers on the weekends doesn't serve anything except satisfying ourselves. Similar to the readers of a sports page or an astrology section or the columnists who focus merely on the pages that they are interested in, we only focus there…we suppose everybody reads that, too…

We play and sing on our own…let's be reasonable.

But there can be a national organization…its name is, honestly speaking, not that much important.

If I establish my association, too… there will be 3-5 people who will follow me in this community…here you go a new competitive environment.

Is this a solution?

There are hundreds of associations in the market already. What good can one more do or what happens if one of them goes out of the market?

However, if we bring these local actions together under a strong national voice, we'll win in the long term. We can't do much in the short term, anyway. Everyone lingers on materiality. Nothing happens without money, either. Even the ones who donate are the same people and groups. We can't come out of our shells and express ourselves. Maybe many people set the heart on us, but they don't know whom to trust or which name to believe.

Well then, why HAYTAP? - Because many people – vets in the municipalities, presidents, and authorities from diverse fields – have already been watching this platform. The number of people watching as activists is the most here, as well…

If there is an active, crowded, and activist organization already, why establish a new one?

Isn't it a total waste of energy?

That means creating a new competitive environment with a new association - when we, all NGOs, should be gathering under a federation instead.

Let me also emphasize that no one has to love each other. It's only natural that everyone wants to work with the people they love and trust the most.

Yet, we are a handful of people who get together for common purposes…playing tricks behind people's back but still benefiting from the cyber organization or coming up with narcissistic emotions such as

"We know this many journalists, we have this many important people's e-mail addresses"

"nobody has my experience, come and learn from me"

"I was looking after animals when you were just born"

Think about how serious we are taken until these correspondences reach authorities…After that, nothing we demand or write is taken notice of. When you are with them, they behave well to you and pat you on your back, but in the end, do whatever they want behind your back.

If you could come to this part of the article with patience, I don't doubt the affection of the reader toward animals.

If we go on with this mess, you be sure that no animals will remain on Istanbul streets and even in the shelters till 2015; and the remaining will only be touristy… horse slaughterhouses will settle in the country, illegal animal trading and animal ranches will mount up, companies that cater gambling under the name of hound racing will pop up, narcotizing animals in cooperation with associations will be normalized, we will only see dreams on the newspapers, fur industry will put down its roots throughout the Anatolia…These are not imagery…these are facts…these are what they talk about and plan to do behind the scenes…because they have money, connections, and co-media support as well.

There has to be a resistance element against them that can work as a brake. This is only possible with a single and institutionalized name. Should you not love the people in charge, I'd understand. Did you resent their words one spoon a time, I'd understand. Had you narcissism inside, I'd understand. Maybe you are not appreciated or feel that you have been forgotten, I'd understand that, too.

Nevertheless, in the end, we are people who believe in one common mission. Everybody sees that we can go nowhere by crying and complaining. What can you do if they come and poison all the animals in your shelter one night? Which law, which media, which organized social activity, which e-mail addresses do you trust?

We may shout for a few weeks…that's all. We can't do anything. Those state authorities in suits are still leading by the nose.

We need to confront the state as a single heart, a strong name. I believe in this…The other way around hasn't been successful in any part of the world, and in any case, the state always prefers disorganized and weak forces that fight with each other.

Besides, what is the so-called "state"? Authorities who are appointed for specific tasks and have the right to sign documents…

About this matter, they can't be as sensitive as us. It's just a structure that consists of people who wants nothing but receiving a salary at the end of the month and catching the ring at the end of the day, thundering and roaring behind the armors provided by the state authorization.

I believe that standing against this structure is only possible with the cooperation of local and national forces. The remaining individual and local actions may save that particular region but will be insufficient for ending the dramas in Mamak, Antalya, and Bandırma, changing the law, closing down the pet shops, and preventing animal fights, or other macro-level services such as the bear in Bingöl, the wolf in Malazgirt, rabid animals in Kıraç.

In the end, unless you can turn this action into a non-governmental action, a dynamo that works nationwide and go on working alone and private, you'll only be beneficial for your egos, not animals. If you don't know how to share; if the concept of morality hasn't developed – say you've made hundreds of movies or organized countless panels to small groups – this only serves to propagate one another.

You'll discover the wheel again and again; can never get to the invention of writing level. You can't leave anything for the coming years upon which new ones can be put.