(*) There is no Nationalism in Defending Animal Rights! 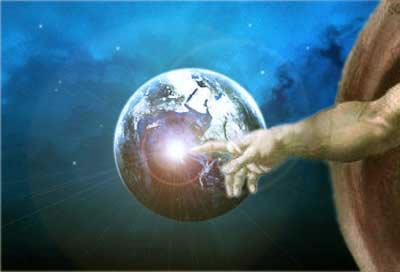 The biggest union in which the notions of language, religion, race and nationality are not taken into account and in which everybody allies for one combat is the union of animal rights defenders.Our animal rights defender friends who are combating consciously for this matter are without prejudicetowards each other. They all have one and only goal; is to obey the rules declared within the Universal Declaration of Animal Rights, adopted by the United Nations and also warn those who do not comply with it. Since existing and to breath is already a legal right. Animals are not assets, goods but they are living creatures. In other words, a German who combats to defend animal rights is more important for us than a Turk who abuses animals. Or a Brazilian peasant who defends the animal rights is more eligible to us than a Turkish mayor who keeps poisoning the animals. Since the animal rights defenders are united for a unique goal, which is to prevent the animals being abused or tortured by people and to defend their right to live with us in this world. Because this world belongs to all of us. That’s why a lot of animal rights defenders, no matter what nationality he is, are against zoos, circuses, furs, pet shops which have turned into animal abuse centers and they’re also against governments which do not include these to their programs. We fight hand in hand for this and we never insult people for their nationality or their religion.
However, those who do not love animals or those who don’t want to understand us, mostly tend to mold public opinion implying “they shall save their own animals first, and then they can help us”, in order to create disconnection and contradiction among us.

For instance , if a Spanish animal lover helps an animal in our country, it’s very absurd to say that he must save the bulls in his own country first before helping other countries. Or when a Canadian animal lover rises against the skinning out of dogs to be furs in China, it is ridiculous to say that he must  protect the seals of his own country first before giving hand to other countries.In an animal rights struggle, the Canadian, the Chinese, the Turk, the English, the Italian do not have these prejudices. If it’s necessary, he will set his heart to this struggle for correcting also his own county’s system with his international friends and associations and create pressure on their own governments’ and administrative authorities’.
It is true that where there are people , there will  always be animal abuse and torture. However , there are no country borders for the animals. People shall not be accused for the wrong politics adopted by their states. Just like that we, the animal rights defenders shall not be accused for our municipalities who poison our animals every summer or lock them into small rooms called “shelters”. Also, the fact that we cooperate with the rest of the world to warn these municipalities doesn’t mean that we are against our nation or that we don’t love our country. A Canadian animal lover does feel bad as we do when the seals are being killed, a Japanese animal lover does feel depressed as a Turkish animal lover would do when dolphins are being slaughtered or being sold to external markets to be a circus animal.
It is wrong to attach this struggle to any nation, race, religion or language. In this combat to innovate the legislations of our countries, we take support from and give support to these international friends, without prejudice. Nobody looks to the other one’s religion, language or nation while saving the elephants in Africa or while escaping the bears from the slaughter camps in China or while opening secretly the cages of minks caught for their fur. The joy is in different languages, but the tears are all in the same language.
In fact , the real fight  is done  against the egocentric undeveloped wild human who considers animals as enemies, who wants to keep seeing them as a “commodity”.
The biggest union in the world will be established then.  30/07/2009