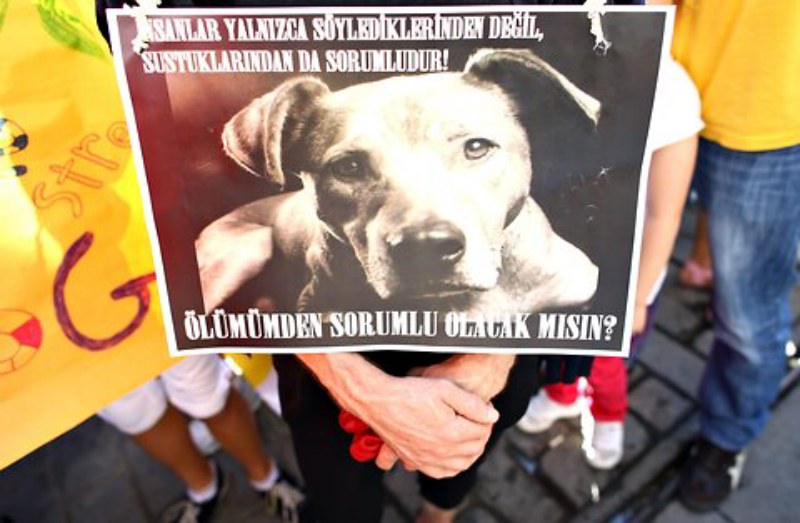 ISTANBUL — I’m no animal lover. Cats make me sneeze. When our daughter flew the roost it never occurred to me to fill the empty nest with a dog. But with Turkey now considering a bill that would cull Istanbul’s estimated 150,000 stray cats and dogs, I may well change my mind.

It wouldn’t be possible to live in a traditional neighborhood here and be against all beasts. Shaggy dogs stroll down our main street, and my garden is home to prides of feral cats. The animals are wild in the sense that they don’t belong to any one person, but they are otherwise tame. I’ve even grown fond of the four or five mutts that meet me at the bus stop at night, amble by my side for a couple of blocks and drop me off at my front door.

These animals lead a decent life. Self-appointed guardians put out food in the winter and water in the summer. The doctor’s wife is forever nursing a sick cat. As often as not beside the hair gel on the shelf in the barbershop there is a crow recuperating from a sore wing. The woman who runs the appliance store sees to it that all the local dogs are inoculated and spayed. Live and let live is the motto. The dogs bark at night defending their territory, and if we tried to get rid of them, we’d only get a pack of unfamiliar ones in their place.

Another one of my neighbors, I’ve discovered, is a lawyer and the head of the Animal Rights Federation. He rails against the underregulated pet trade, the badly run zoos and dolphinariums and the failure to criminalize animal cruelty. His name is Ahmet Senpolat, and he leads a local campaign to plug the gaps in what he describes as the lax enforcement of weak legislation. At the beginning of last year, he even had a two-hour meeting with the prime minister, during which he lobbied for stiffer laws.

Now he wishes he had left well enough alone.

This summer the Environment and Forestry Ministry drafted a bill proposing to take stray animals off the streets and put them in “wild life parks.” “Death camps” is how Senpolat described those, imagining a literal dog-eat-dog world. The scheme is too reminiscent of the great animal catastrophe of 1910, when a new, modernizing government deported thousands of dogs to a small island off Istanbul. The wind would carry back to the city the chilling howls of the starving animals.

Other voices rose last Sunday when thousands of people in cities across the country marched against the new law. First thing Monday morning, Parliament withdrew the bill. Civil protest is not unusual in Turkey, but it’s unusual for the government to listen.

The animal rights lobby has not won yet: The government could well submit another draft. And so, Senpolat tells me, there will be another march this Sunday in Ankara to defend the rights of strays to keep roaming neighborhoods like mine where they are welcome.

There is another hopeful precedent for thinking other protests may well succeed. In the mid-1860s, Mark Twain wrote of Constantinople, “Once a Sultan proposed to kill off all the dogs here, and did begin the work — but the populace raised such a howl of horror about it that the massacre was stayed.” Long may the howls continue.