Commodity Or A Living Think 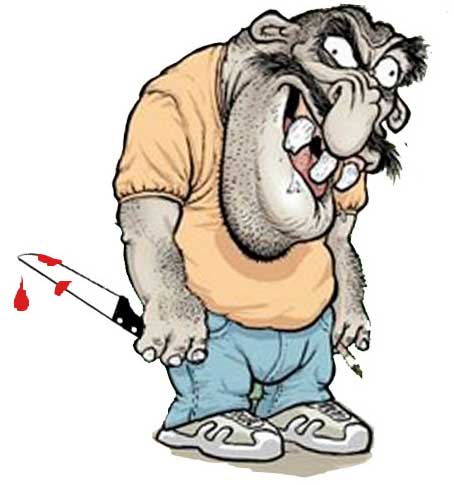 Our Legal System’s Unsettelled Decision:To Regard An Animal As A Commodity Or A Living Think...The most significant issue in Turkish Criminal Code and relevant regulations is the perspective of treating all things other than human beings as “a commodity” or “a good”.

Yet that human-centric perspective seems to have been left behind in many countries of the West.  Although animals do not have any rights which can be defined as legal rights, it is a generally accepted principle that several universal values apply to animals, as well, similar to those of human beings like right to life, have protection against torture and so fort.

As a well-known fact, our legal system deems anything other than “human beings” as a commodity. For this reason, animals are evaluated in the perspective of a property. That’s to say; all other things with economic value are taken as properties in the service of and which can be possessed by human beings. To possess, i.e. property right and possessorship over animals is legally practicable. As a result, several animals around are taken as commodities and in case of injury they are subject to cases of crime against property due to their owners’ economic losses. What’s really weird about the matter will leave you in doubt after that explanation; anyway. Will then homeless animals,i.e.- animals that are not subject to any kind of trading via invoicing-if face torture or misbehavior – be subject to a different legal code other than that of pets and those in farms? Unfortunately; the answer to that question is Yes.Our legal system unfortunately treats those two  categories of animals in a different manner and the penalties for the two groups differ; as well. In fact; Turkish Criminal Code with Article number: 151/2 rules “Without a solid cause; those kill; damage badly; or lead to depreciation for the value of; animals which have owners shall be sentenced to an imprisonment of 3 months-3 years or shall be fined upon the owner’s complaint”

If carefully reviewed; the Article is formulated as a crime against property but not against animals. In other words, Turkish Legal Code does not punish torture or cruel acts as crimes against animals but lets owners file a suit due to their economic losses. A property (animal) owner; for instance; due to a broken leg or an inquired eye of his/her animal, thus, leading to a degradation in the invoice value of animal; may make a criminal complaint  to the public prosecutor who in return  processes according to the Turkish Criminal Code with Article number: 151/2.The issue depends on the existence of a complaint which in fact should be discussed. As long as economic losses of owners are maintained by the counterpart, the owners usually withdraw their complaints which lead to an abatement, anyway. That’s to say; public prosecutors are not able to file a suit sua sponte or to continue with the case, either. The legal process is ceased.On the other hand; as for those homeless and the ones that have to live in the streets because they are abandoned for instance poor cats and dogs when tortured by people, are not subject to Turkish Criminal Code but to the Protection of Animals Code with number: 5199. As a matter of fact, that code is not a criminal law but a bunch of regulations upon misconducts. In other words; according to our legal system, a legal case cannot be brought against a person who tortures or treats a homeless animal badly but is only fined. Because that cruel act is not treated as a criminal act but as a fault merely; that wrong doing of the person is not registered into criminal records. If that person applies to a job or commits another criminal act he or she happens to have a clean record. 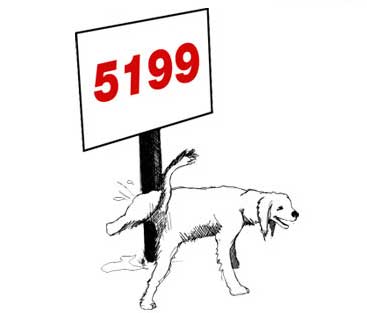 Yet according to the forensic medicine and criminology, a person who tortures an animal is likely to torture a human being, as well. Such a person is deemed a potential threat in need of an immediate psychological treatment who can return to live within society after such a treatment. The free movement of such persons like their taking the same public utilities with us or their working with us in the same places and continuing to repeat such misbehaviors (mainly raping animals) as long as they are only made pay for their charges; is encouraged by the current application of Article number: 5199. In my opinion; the major deficiency in Turkish Legal System is the differentiation between the homeless animals and the ones with owners. Since the issue concerns “animals”; the matter is not investigated in any doctrines or university studies; either thus is not given much significance. However; all the legal systems from which Turkish legal system was originated, have already abandoned such attitude. Accordingly; treating an animal as commodity and perception of torturing animals simply as an offence is not accepted anymore. Moreover; the people who torture animals are charged with sentence of imprisonment which cannot be suspended or transformed as a mere fine. For this reason, 3rd Item in the Protection of Animals Code with number: 5199 defines animals as either domestic or homeless by making such a differentiation. Within paragraph (f) of that 3rd item; a homeless animal is the one that has no shelter or is out of the boundaries of an owner; protector or real estate and the domestic one that is not under the control or direct supervision of any owner or protector. What that item states is that an animal that is not in the property or in the possession of anyone is deemed homeless.Besides, in our opinion, those homeless animals living in the streets right after their being taken to the death camps by the municipalities what they call shelters; should be treated as being in the possession of the authorities concerned since they are in the sovereignty of the municipalities.Since the homeless animals in shelters are under the direct rule of municipalities; any death, inquiry or misbehavior concerning those animals should be in the responsibility of those “uninterested” authorities. At least, if those animals are treated as commodities; they should be listed in the inventories of those municipalities right after they are taken in the control of shelters and in addition; each animal’s number and  any distinguishing  feature should be recorded.Yet; the recent application is killing of those animals in the shelters which were previously killed in the streets without any mercy. Authorities of the municipalities cannot be held responsible, either. This is because those animals are treated as properties without owners. Article number: 5199 has unfortunately taken precautions to protect the domestic animals ana pets in majority. In other words; animals when treated as commodities are regarded within the context of (Turkish Criminal Code) while they are evaluated within the framework of Article number: 5199 when they do not carry any commercial values and necessitate only fines in case of violation.

But right after they are taken in shelters it is legally impossible to treat those animals as homeless. Due to the relevant regulation; those animals are under the control and supervision of the municipalities concerned and those authorities are thus responsible .On the other hand; since a homeless animals is not in the property or possession of anyone; as Article no: 5199 states since they are not under anyone’s control or direct supervision; no one can be held responsible for them.The legal practitioners should have already seen the underlying theme from all that has been mentioned so far. In summary: For us all animals are living things but not commodities. Since they do not have a “tongue”, they cannot talk; they do not have any lawyers to defend them; they are subject to human being’s sovereignty, will and ambition in this human-centric world. They can live as long as human beings let them live; they are subject to torture, they are killed for their fur; used for test purposes. They form the main sources of food for us. They are forced to work in circuses and live in zoos away from their natural habitats. If they belong to a person, they are seen as commodities with trade value. Therefore whatever they do, they are not able to please human beings. Having an owner or not-a differentiation created by human beings is used for the world of animals in order to bring about classed for animals. Even an invoice value that people charge for animals does not make any sense in the realm of animals and is meaningless in our universal conscience, as well.

Noone can deny the fact that in case of torture; it is unjust to make discrimination between domestic and homeless animals.As you may see at the end of our book; in our alternative amendment to the current Animals Protection Code which has been prepared by the support of Animal Rights Commission of Istanbul Bar and many NGO’s , emphasizes that discrimination and has tried to overcome that contradiction on legal terms. We have sent an alternative bill primarily to TBMM (Legislative House), the desks of criminal law in universities and relevant ministries in order to facilitate the addition of the Article number: 5199 to the context of criminal law.It is vital to abate any kind of regulations that makes discrimination among homeless and domestic animals and overcome prejudices and make people  see them as living things but not as commodities. It is also necessary to take the bill proposed by our HAYTAP Animal Rights Federation into consideration.That number of people with mercy and conscience cannot have been misled.10/07/2007

President  - Animals Right Federation in Turkey ( Haytap ) Board of Director

(2) Prof Dr İsmet Sungurbey- Hayvan Hakları , Bir İnsanlık Kitabı “ Recognizing personality of the animals( personal rights like right to personableness and other rights like right to life, physical integrity, physical and psychological health, freedom, dignity and so fort mentioned in Universal Charter of Animal Rights) is one thing and using those rights by some persons and institutions on behalf of animals is another things. The fundamental issue is the recognition of that capacity and those rights. Yet; with the excuse of some persons and institutions that have already  used those rights, the recognition of that capacity and rights cannot be avoided.

(3)  Prof Dr İsmet Sungurbey -Hayvan Hakları , Bir İnsanlık Kitabı , p.198 as a constitutional amendment such a principle can be added “ the predominance of people  over all other things and facilities to benefit from them do not entitle people to torture other things and  force them to live under poor conditions or give them pain; either.”

(4) Prof Dr Hüseyin Hatemi-, HUKUK DEVLETİ ÖĞRETİSİ , p.318-319”Just like in Swiss Constitution; the existence of a code regarding protection of animals within a constitution is not only beneficial to enhance the awareness of respect and care  to all things-not human beings merely- but it is also a requirement of  quality of justice.

P/S : For turkish translation of this article please click here