So they say kids will find love there. The animals which they see on TV will come to their neighborhood and serve kids by presenting themselves physically.

And they say when an elephant, a cheetah or a lion whose home is Africa; a bear who lives in the forests; a penguin living in the South Pole; a monkey who is happy jumping over the trees are dumped into a cage, into tiny little holes – the municipality will have fulfilled its responsibilities towards the residents.

Get over it, my friend! 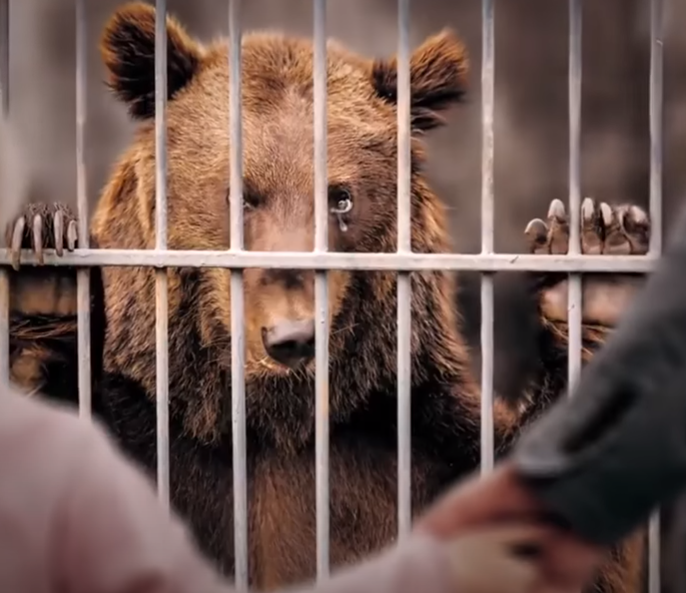 Everywhere on earth, zoos are enterprises that lose money despite having sponsorships. Nobody can expect making profits out of them. Up to now, I have seen only one or two zoos in the world at which an eco-system can totally be provided; animals are not imprisoned and can wander with people. The rest of them – let it be in Europe or America – does not differ from pet shops.

Is it right to captivate love and make children watch these animals behind the cages? In what way do these investments really differ from condemning to living?

It was hard to believe that a giant elephant was squashed into a tiny area which was called “the hell” in Japan. What about the despair of a giant gorilla brought from Africa to the Amsterdam Zoo, to the cold climate of Holland? The sorrow of the chimpanzees behind the showcases in Paris; the sea mammals kept in places called “aquariums” in Vancouver...They were all hard to believe.

How about the ones in our country? Atatürk Forest Farm in Ankara has become smaller with every construction – contrary to Atatürk’s inheritance. Moreover, animals there are still tortured in cages. The poor elephant named Pak Bahadur in İzmir had lived on concrete ground for 55 years and could escape by dying at last. İzmir Sasalı Zoo which has recently been built is larger than the previous one; however, it’s still small for a lion, a puma, a zebra, a tiger. They put explanations on their doors stating that they can run up to 50 km per hour, but keep them in tiny areas in a way against their nature.

Is it worth to keep the tigers and the bears at seaside for fun? A zoo against the wind… and they died thousands of miles away from their motherland… What about the poor tigers in tiny little cages under Tarsus’ 45 C sun? It clashes against that historical city’s spirit. For years, we have been writing each other with Tarsus; we cannot shut them down. They offer to move a larger area, but we don’t accept. We don’t discuss standards here!

Sometimes you can see pandas in China that are treated with caution, why is that? Because American zoos pay millions of dollars for these cute animals who can give birth to only one panda in 2 years time. Thus, love is a tall story. Everything is for money. That labor and energy are spent all for money, for captivating them.

Unfortunately, it seems that the worst will happen to Ankara…Even the Prime Minister promised for the largest zoo of the country as a part of the election campaign.

How come a municipality that is incapable of looking after the dogs and cats on the streets, the poor animals in the shelters will look after a monkey, an eagle or a giraffe? How will it render veterinary service to a penguin or a crocodile while it is unable to render it to an animal that had a traffic accident?

Do not captivate love behind the iron cages. Let them live free, by their mothers. No matter they live shorter, they will be free in their habitats.

And tell me this. Why that much investment on animals instead of spending that money for people – as there are many hungry and unemployed people, children dying at the hospitals? Now… this is your cliché slogan that you always use against us. Come on, take your pen and defend yourself!