Summary of Turkish Animal Laws & Pending Legislation as of 2021 April 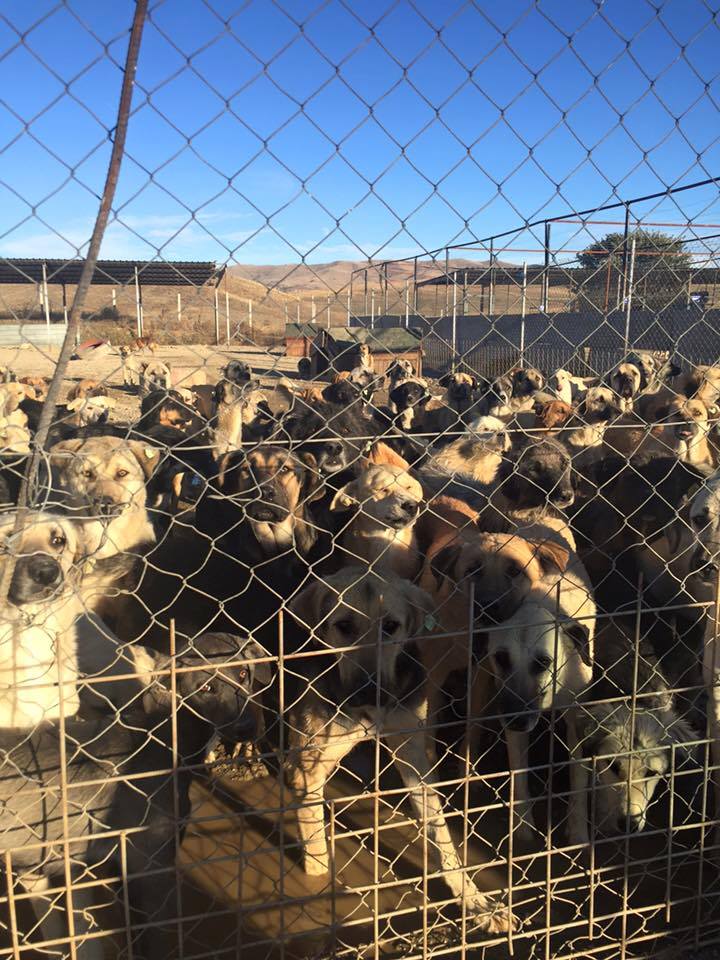 • Istanbul is Turkey’s largest city with ~15 million people, 15th largest in the world

• Last year there was a public push by the Turkish Govt to help feed stray animals during Covid-19 restrictions.

– The interior ministry insisted that "all necessary measures must be taken to ensure stray animals don't go hungry" and ordered local councils nationwide to "bring food and water to animal shelters, parks, gardens, and other areas where animals are found''.

–  Justice Minister Abdulhamit Gul tweeted a photo of himself stroking a dog and saying ''we should not abandon our animal friends during these tough days''.

• Yet Turkey has had quite a checkered history in dealing with stray animals given that some municipalities view them as a nuisance and the country still has a rabies problem.

• In 1910, in an effort to "westernize" Istanbul just before the fall of the Ottoman Empire, the Sultan ordered tens of thousands stray dogs from Istanbul to be sent to a nearby island.

– The island did not have food or water for the dogs, so this ended horribly with cannibalization, starvation, and many dogs drowning trying to swim back.  Records show reports of people on the mainland being haunted by hearing the howls of the starving dogs on the island.

• More recently, the growth of the internet and development of social media has led to animal activism fueling public outcry over the mass poisoning of animals in Ankara and the municipality of Kayseri burying around 800 stray dogs alive.

• After many public demonstrations, in 2004, the Turkish government passed a law requiring local governments to rehabilitate street animals rather than kill them.

– It requires animals to be sterilized, vaccinated, and taken back to the place where they were found.

– Between 2004 and 2018, about 1.2 million street animals were neutered and 1.5 million vaccinated across the country.

– Sterilized dogs are given a digital chip in a tag on the animals’ ears seen in the film, which also lets the public know that a particular animal is being tracked.

– As noted in the film, Turkey’s this law allows stray animals to be "given a chance to live" as opposed to being euthanized.

• Yet still in 2012, just as 100 years earlier, Turkey's Ministry of Forestry and Water drafted a law that would have rounded up city dogs and dumped them in forests on city outskirts, euphemistically calling them "wildlife parks."

– Activists protested and the government tabled the draft law.

– Still, many animals were sent away to the forests and some towns still practice this.

• In response to a 2018 updated version of this terrible prosed law, an Istanbul-based lawyer Ahmet Şenpolat, who runs Turkey’s Animal Rights Federation (HAYTAP), drafted an animal rights manifesto entitled “I Promise” which pledged to protect and improve the lives of animals, particularly street animals.

– HAYTAP then lobbied leaders from all major political parties to sign the pledge ahead of the March 2019 national elections.  There was almost no resistance.

“Normally, they never agree on anything else, but they were all on the same page about the street animals. This must be a historic moment.”

• And indeed a few months later in May 2019 the Parliament created an Animal Rights Legislative Commission.

– spent several months meeting with animal rights activists, nonprofit organizations, academics, experts, and other people involved in animal welfare and rights for a more comprehensive approach to the matter.

• Presented its findings to Parliament in October of 2019.

– Made 34 recommendations on a wide range of animal protection issues:

• Mandating humane education classes in primary school curriculum to endear the children to animals and teach them “a culture of sympathy” for animals.

• That report resulted in drafting a historic update to Turkey’s Animal Protection Law.

– Redefines animals as “living beings” rather than a “commodity” or “property.”

– The committee also wants the state to classify animals as “house animal,” “city animal,” and “wild animal,” rather than current jargon which simply describe them as “claimed animal” and “unclaimed animal.”

• Some of the features of the new law:

– Those who own pets will automatically have to make a commitment to take care of that animal for its entire lifetime.

• Yet only 3 dogs would be allowed per household

– All pets would be required to be microchipped.

• This will enable authorities to determine whether a pet has been abandoned on the streets. Those who abandon their animals will face large fines and be prohibited from acquiring animals in the future.

– As opposed to current fines, "Killing an animal will incur the punishment of imprisonment from six months to four years, while animal torturers will face six months to three years.”

– Pet shops will only be allowed to sell animals online and will be required to keep them in their natural habitat until adopted.

– complaint offices will be set up by the local branches of the Agriculture Ministry to enable people to file complaints on animal cruelty and other related matters.  An animal cruelty reporting app already was rolled out last year.

• The new law also oversees the establishment of an Animal Welfare Fund that will provide financial support to municipalities for activities specific to animal rights and their protection, and fund non-profit organizations and activists working for animal welfare.

• Municipalities will have to dedicate 1% of their budget directly to animals, enabling them to increase the capabilities of animal shelters, rehabilitation centers, and other services.

– There still are some municipal shelters that tend to animals with special needs or abandoned pets unaccustomed to street life.

• The new law would increase this to 500 shelters

– Also would mandate around-the-clock camera surveillance of shelters and online public access to these security cameras.

• The law will also allow local police to form an animal protection squad, which will have the authority to rapidly respond to any incidents in which an animal is harmed or in danger.

– including actively seek out perpetrators of blood sports involving animals, such as cockfighting and dogfighting.

• The law will not only regulate the rights of the common pets, such as dogs and cats, but also other animals, including bees, fish and reptiles. 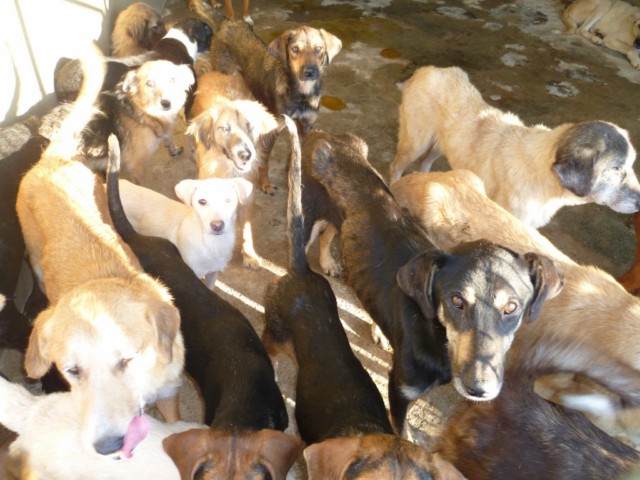 • Now there are two drafts of the bill, and on Feb 3rd the lead legislator in charge thought it would be introduced within two weeks.

• Turkey prides itself on being the descendants of the Ottomans, whose humanitarian outreach extended even to wild animals.

– We need to recognize the rights of animals, ensure their rights are actively protected

• The bill has rare support from all major parties with one headline in December reading:

• In October President Erdoğan reportedly responded to a presentation on the Animal Rights bill by saying,

"Do not delay it any longer."

However , President of Haytap Mr Şenpolat  's main points of criticism regarding the amendment of  law as of 2021 are as follows :

-          re-classifying cruelty against animals from a misdemeanour to a criminal offence is a positive development, but at the same time the possible penalty being set from 6 months to 4 years will result in many sentences in the lower range (less than 2 year), as it is usually the practise to give a lower sentence; sentences for up to two years can be translated into fines and will become effective jail time only, if the same perpetrator does cruel act to animals again within the next 5 years – also very unlikely to find him and prove it was the same person, one needs witnesses etc.; there won’t be trials, but the judges will decide based on evidence – expected to result is very little, if at all, jail-time sentences

-          the law deals largely with so-called animal companions, but does not address the cruelty to farmed animals, incl. fish

-          the ban on opening new dolphinariums is good, but how will the Ministry make sure the dolphins kept in the current facilities are the same and not secretly replaced, if they pass away

-          hunting lobby was successful in preventing any bans regarding wildlife hunt

The expectations of many local animal rights organisations who submitted their expertise were not satisfied. At the same time the complete ban on fur farming, also import and trade is a huge step forward, same as criminalizing cruelty to animals, as it is a step in the right direction.

If you want to hear more about please click on the latest tv review of Şenpolat regarding on law ammendment of the goverment ( February 2021 ) :